Space: The final sexual frontier. Join the voyagers of the Starship Intercourse as they explore the farthest reaches of the sexual solar system. They seek out new life and civilizations and fuck them all. Oh yeah, plenty of black holes here! The “plot” is borrowed from the old Star Trek episode “The Man Trap”. With Randy Spears as Capt. James Quirk, Mike Horner as Mr. Sperm, Steve Austin as Dr. Boner McJoy, Obsession as Lt. UWhora, Candy Apples as Yeoman Gland, Farrah as Nurse Chapstick, Audra Bliss as T'Ping T'Pang T'Boom, Christian Steel as Dunsel and Tina Tyler as Nancy Mooner. ADULT CONTENT. 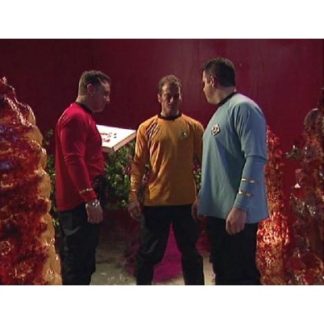