Tourists take a boat to a remote island where they find that most of the people have disappeared and something is stalking them. Later, they find a hidden room in a huge mansion on a hill and an ancient diary which gives them clues to the source of the terror. Stars Tisa Farrow, Saverio Vallone and Serena Grandi. Also with Margaret Mazzantini and George Eastman. Directed by Joe D’Amato.

This film comes from a totally uncut widescreen import print.

In 2003-2004 Grandi spent 157 days under house arrest after being accused of having sold a few grams of cocaine. The case was later acquitted.

Be the first to review “Anthropophagus (1980)” Cancel reply 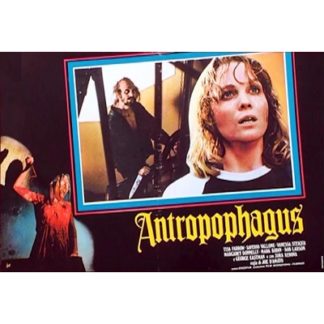