Copper miners in the tundras of Lapland discover a frozen piece of reptilian tail belonging to some unknown prehistoric creature. Taking the specimen to an aquarium in Copenhagen, Professor Martens (Asbjorn Andersen) gets more than he bargained for when the tail regenerates into a giant, flying, dragon-like-monster that terrorizes Copenhagen. The Danish military, led by general Mark Grayson (Carl Ottosen), attempts to hunt down the monster and destroy it, only to realize that blowing the thing up will create hundreds of living creatures. (In Danish language).

This film is the rare Danish version which features some different actors, different music and the long-sought-after flying scenes. 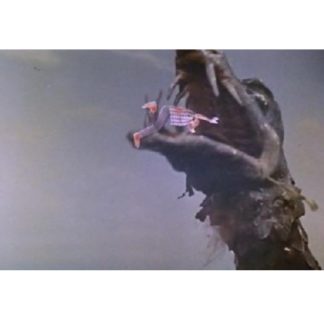