A businessman (Seymor Cassel) whose family is away on his birthday picks up two young girls (Sondra Locke and Collen Camp). He takes them to his house, where they seduce him. Afterwards, they tie him up, torture him, trash his house and then kill a delivery boy (Michael Kalmansohn).

The voice of Seymour Cassel’s character George Manning was dubbed. He was reportedly so unhappy during shooting, as stated in Sondra Locke’s autobiography, he refused to participate in any necessary post-production dubbing. 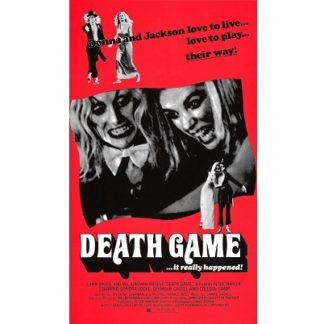