aka: Time Is Terror

Dr. Elaine Frederick (Veronica Lake) has just perfected a way of using maggots to make her test subjects not only look younger, but actually become younger. When they hear of the results of her experiments, her first clients, a team of Hispanic Neo-Nazis, are delighted with the news. It seems they have a very elderly VIP in their group, Adolph Hitler, who needs to be rejuvenated before he can begin rebuilding his thousand-year Reich. As their plan moves toward its completion, Dr. Frederick's habit of experimenting on stolen corpses begins to attract the attention of an investigative reporter. Also stars Phil Philbin and Doug Foster.

This was to be Veronica Lake's last screen appearance. On July 7, 1973, she died of hepatitis in Burlington, Vermont. The beautiful actress with the long blonde hair was dead at the age of 53.

Flesh Feast aka: Time Is Terror 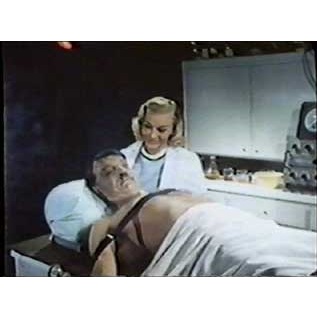