Princess Layme is just landing on Pluto, in search of a crew to man her spacecraft…for a most dangerous journey, past the solar system to the far reaches of the galaxy…to the planet Tryos. She finds Brinker Duo and Mark Starkiller and bribes them with money, sex, booze and sex. Baltazar, the evil ruler of Tryos, has populated his planet with sex slaves, including Princess Orgasma, Princess Layme's sister. The attempted rescue ends in the capture of Brinker, Mark and Princess Layme. What follows are some of the most erotic scenes ever filmed, with lots of hot, hungry flesh! It recieved the Best Adult Film of the Year award. If you thought Star Wars needed a little more sex, then this flick is guaranteed to get your rockets off the ground! ADULT CONTENT. 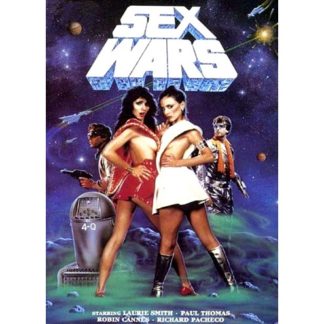