Indonesian tale of a beautiful half-woman, half-snake witch (Suzzanna) who is deceived by a thief. The thief is given a magical pin to subdue the snake woman by an evil snake/human creature who wants to get revenge on the snake woman. Later, a man frees the snake woman and she comes back for revenge, then falls in love with the human man. Also stars Advent Bangun and George Rudy.

NOTE: This film is the sequel to Nyi Blorong aka: The Snake Queen (1982), also available here at Rare Movie Collector.

Actress Suzanna (aka: Suzanna Martha Frederika van Osch) was known as the horror queen of Indonesian cinema. On October 15th, 2008, she died from complications due to diabetes, in a hospital in Magelang, Central Java. She was 66.

Be the first to review “Hungry Snake Woman, The (1986)” Cancel reply 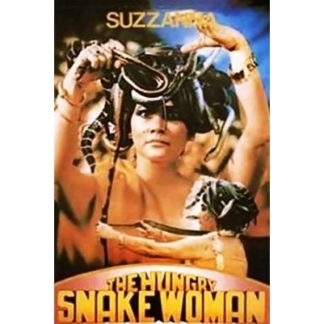