Among the most notorious cult films in American history, Snuff is famous for promoting the urban legend of the “Snuff” film. In actuality, this is an Argentinean exploitation film loosely based on the Sharon Tate murder. The film follows the exploits of a bearded man named Satan who leads a gang of biker chicks in a series of killings. The footage that caused a fairly major furor over the film’s release was a short sequence tacked onto the end that shows the director of the movie supposedly disemboweling the lead actress. Presented as reality, this footage caused a major uproar and has made the film the subject of endless speculation. Michael and Roberta Findlay direct.

Horror film producer and director Michael Findlay was killed on May 16, 1977 in a gruesome helicopter accident on the roof of the (then) Pan Am Building in New York city. On his way to John F. Kennedy airport to connect with a Paris-bound flight, Findlay was planning to demonstrate his new 3-D camera to potential backers in France. Findlay and three other passengers were about to board the helicopter when its landing support collapsed. The helicopter fell onto one side and its spinning rotor blades decapitated Findlay and killed three other passengers. A woman on the street below was also killed when she was hit by a detached rotor blade from the helicopter.

For the film Funk (1976) he invented a new portable 3-D camera. When he was killed in the helicopter accident, he was on his way to Paris to meet potential financial backers for the camera and was holding a test model of his invention. 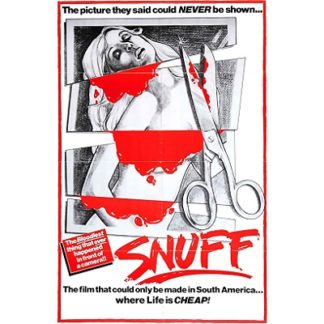